Once the largest and most important fishing port in the world, Grimsby remains famous for its seafaring industry even today - even if it's not quite on the same scale as in years gone by. Nevertheless, few coastal towns anywhere in the UK have such a rich and important history to share, making Grimsby the perfect destination for anyone looking for a stirring stroll into the past.

The town's seafaring heritage is documented and celebrates at the National Fishing Heritage Museum, which along with a guided tour of the Ross Tiger makes up two of the unmissable Grimsby experiences.

Grimsby Dock Tower dominates the skyline of the coast, proudly standing upwards of 300 feet high and built from no less than one million bricks. Take the challenging walk to the top when weather permits and enjoy hands-down one of the most inspiring panorama's you're likely to see in the corner of the UK.

Back in the town centre, enormous redevelopment efforts have seen much of the run-down areas replaced with modern housing blocks and shopping centres. As such, Grimsby has taken on a distinctly cosmopolitan feel, offering enormously diverse commerce options and world-class dining at its finest.

Of all the places you'll visit in the UK Grimsby one of the best examples of how an industry has shaped an entire community. But don't forget to try some of the freshest fish in the country while you're here! 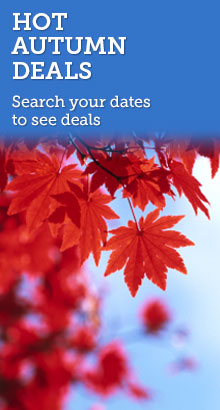